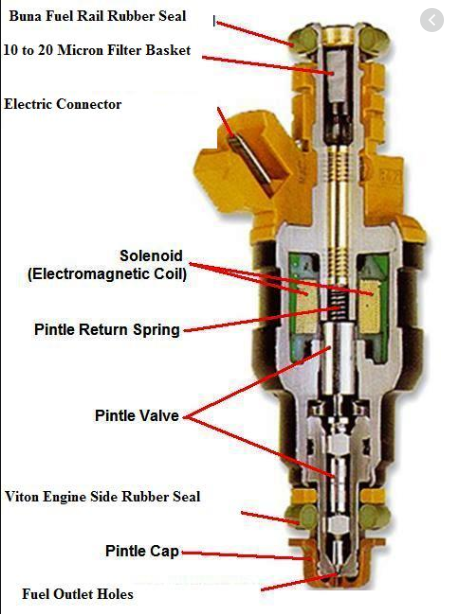 The fuel injection nozzle is nothing but an electronic control valve. It is supplied with high-pressure

fuel by the fuel pump in the car and can be turned on and off many times per second. Inside a fuel injector

When the fuel injector is energized, the electromagnet will push the plunger to open the valve,

allowing the pressurized fuel to be ejected through a tiny nozzle. The nozzle is designed to atomize

the fuel-forming a fine mist as much as possible to make it easy to burn. The amount of fuel supplied to the engine is determined by how long the injector remains open.

This is called the pulse width and is controlled by the ECU. Fuel injectors mounted in the intake manifold of the engine In this picture, you can see three of the injectors. The fuel rail is the pipe on the left.

In order to provide the right amount of fuel, the engine control unit is equipped with many sensors.

Tags: fuel injector
Prev
What is an ABS Sensor
Next
What's the performance of broken the gasoline pump
99+